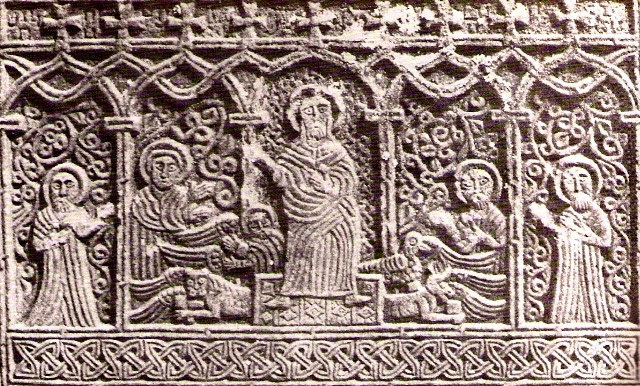 Today is the commemoration of the 3rd anniversary of Djulfa's destruction. The historical Armenian cemetery of Djulfa had countless "khatchkars" (cross stones, some of which I actually saw in the Byzantium exhibition of the Royal Academy in London last week) which date back to various periods, most of them centuries old. On December 15, 2005, the remaining ones (which had escaped damage between 1998-2002) were destroyed by a group of Azerbaijani servicemen. Photos show that the cleaned up area was turned into military shooting range.

The website has more written information, photos, as well as the documentary itself. This not only a crime against Armenian culture, but against our collective cultural heritage as humankind. Don't let it go unnoticed.
Posted by cheja at Monday, December 15, 2008

That is so sad!